I AM SO EXCITED! I am extremely ecstatic for this SPECTACULAR occasion. Today is the **OFFICIAL** cover reveal day for a brand-new book coming out really soon!

Half-Blood by Jaye L. Knight is coming out this summer!!!! That’s right, the prequel to the Ilyon Chronicles I’ve been so excited about! And check out this BEAUTIFUL cover. Seriously. Wow. It’s not just artistically beautiful. No, there is so much emotion and heartbreaking adrenaline packed into one image, and you’d better believe I’ll be buying it as soon as it comes out. I can tell it’s gonna be another book that makes me cry… at random moments… when I may or may not be out in public. Just saying. 🙂

Jace is probably my favorite character in Ilyon, and this book…oh goodness. I don’t want my heart to break all over again… but the feels are worth it. Poor Jace. *quietly cries in corner*

Now, I will stop fangirling so you can actually learn about this prequel story to Ilyon Chronicles. Make sure you also enter the giveaway at the bottom! Eek!

The gasps and murmuring grew. Though some were hardly more than whispers, clear words reached Jace’s ears—dangerous, monster, animal, soulless. He tried to back away from their accusing eyes, but the collar pulled hard against his throat and held him in place.

For all his years as a slave, Jace has known nothing but the hatred people hold for his mixed blood—one half human, the other half the blood of a race considered monsters. Always, he is the outsider and quickly learns it is better to keep to himself. But, when his volatile ryrik blood leads him to do the unthinkable, he is thrown into a world of violence and bloodshed.

Forced to become a gladiator, Jace finds more and more of his heart dying as his master works to break down his will not to become the monster everyone believes he is. When a stranger interferes with his master’s harsh punishment, Jace’s world is upended yet again. But with it comes the possibility of hope that has long since died. Could the man possibly hold the key to escaping the hopeless darkness that is Jace’s life? Is there such a thing as life beyond the cruelty of slavery?

Jaye L. Knight is an award-winning author, homeschool graduate, and shameless tea addict with a passion for Christian fantasy. Armed with an active imagination and love for adventure, Jaye weaves stories of truth, faith, and courage with the message that even in the deepest darkness, God’s love shines as a light to offer hope. She has been penning stories since the age of eight and resides in the Northwoods of Wisconsin.

As part of a month long celebration for the one year publication anniversary of Resistance (Ilyon Chronicles – Book 1), Jaye is giving away several fun prizes! Enter for a chance to win using the form below! U.S. entries only please. 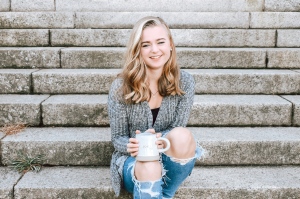