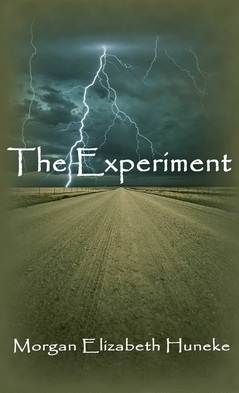 One hundred years in the future… America as we know it today no longer exists. Scientist Holly Reginald and President Malcolm Crowdler have hatched an evil plot to control the minds and lives of the American people. Only a few are still able to fight back. And those few are children. Mystery and intrigue abound in this heart-stopping adventure as the last remnant of Americans strives to stop The Experiment…before it’s too late.

This book is such a fun and interesting story. It’s only around 30,000 words, so probably less than two hours to read.

I would consider it a present-day dystopian story. Think futuristic America crumbling in the hands of a power-hungry president, and an entire nation brainwashed in the name of “the good of the people.”

Yes, it was that kind of book. A very fun read, too.

I told the author that “It’s a pro-homeschooling conservative political action novella.” It’s really funny, knowing Morgan personally, how much of her shines through the book. It’s really cool.

I enjoyed the plot. It’s not quite the kind of story that I’ve ever read before, which made it very fun. The government seeks to control the minds of American kids, and all but a few are affected. Why? You’ll see. Does it even ever get resolved? Well, you’ll see that too.

The writing was done well. I like Miss Huneke’s style, and I have yet to read her other works (that are sitting unread on my Kindle). It was easy to read for me, and it is aimed at kids between the ages of 10 and 16. So it’s between Middle Grade and Young Adult, and it fit there well.

The characters were well-developed. There were a lot, and some did seem like names alone, but that’s okay. I understood the main characters well, and that was good enough for me. Besides, we don’t need to read the backstories of thirty-eight characters. It was balanced well.

The worldbuilding was quite interesting. It is set in present-day America, so that part was already established. I liked Courtstone (the well-done setting, not the fictional place) and found it to be an intriguing place.

Everything was described well. My imagination ran with the descriptions.

However, if you are a liberal, an atheist, and anti-homeschooling, this book is definitely not for you. You may find it offensive if you are sensitive about such things.

Now, go be kind and have fun reading this book. Like I did. It was wonderful.

I received a free copy of this book from the author in exchange for my honest and unbiased review, which I have provided. Thank you, Morgan!

I’m Amanda. I have a passion for hope, grace, and sharing the love of Jesus because He changed my life. Click on my photo to learn more about my story.